Sequence to sequence models which are useful for everything from machine translation to speech recognition.

Picking the most likely sentence 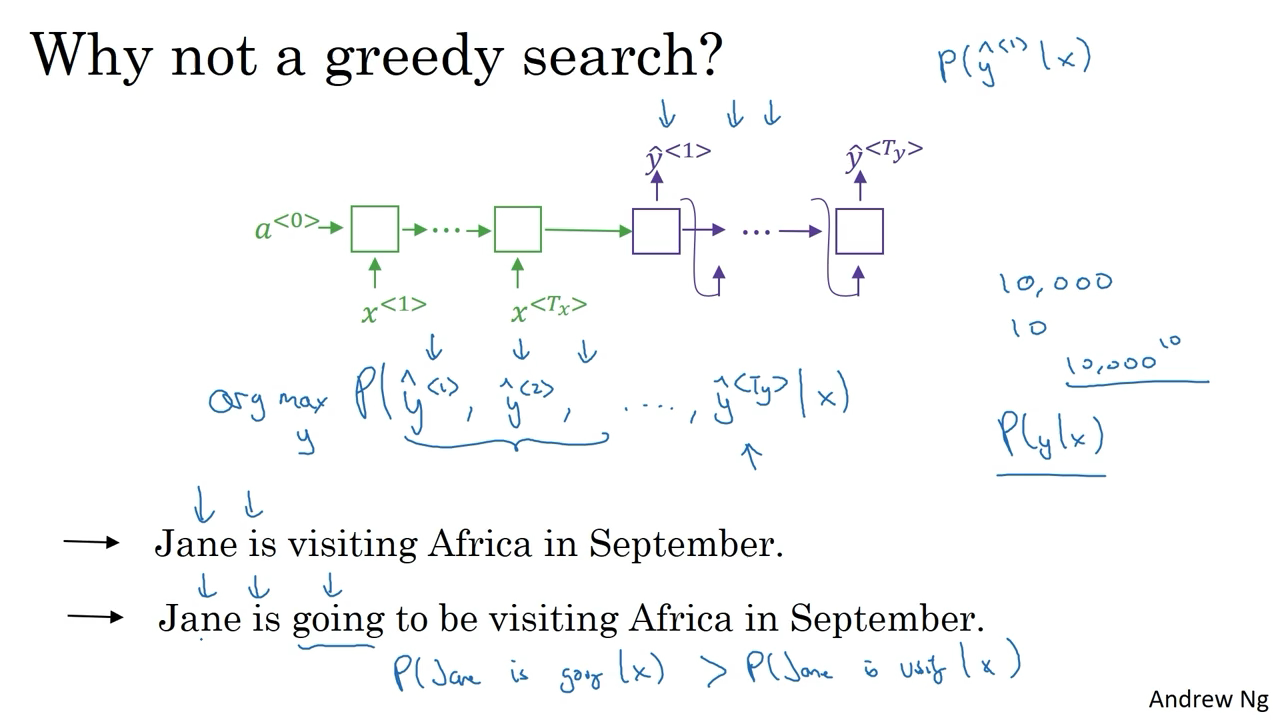 Length normalization is a small change to the beam search algorithm that can help you get much better results. Numerical underflow. Meaning that it’s too small for the floating part representation in your computer to store accurately. So in most implementations, you keep track of the sum of logs of the probabilities rather than the production of probabilities. Instead of using this as the objective you’re trying to maximize, one thing you could do is normalize this by the number of words in your translation. And so this takes the average of the log of the probability of each word. And this significantly reduces the penalty for outputting longer translations. And in practice, as a heuristic instead of dividing by Ty, by the number of words in the output sentence, sometimes you use a softer approach. We have Ty to the power of alpha, where maybe alpha is equal to 0.7. So if alpha was equal to 1, then yeah, completely normalizing by length. If alpha was equal to 0, then, well, Ty to the 0 would be 1, then you’re just not normalizing at all. And this is somewhat in between full normalization and no normalization. And alpha’s another hyper parameter of algorithm that you can tune to try to get the best results. Pick the one that achieves the highest value on this normalized log probability objective. Sometimes it’s called a normalized log likelihood objective. In production systems, it’s not uncommon to see a beam width maybe around 10. Exact search algorithms :

Beam search runs much faster but does not guarantee to find the exact maximum for this arg max that you would like to find. 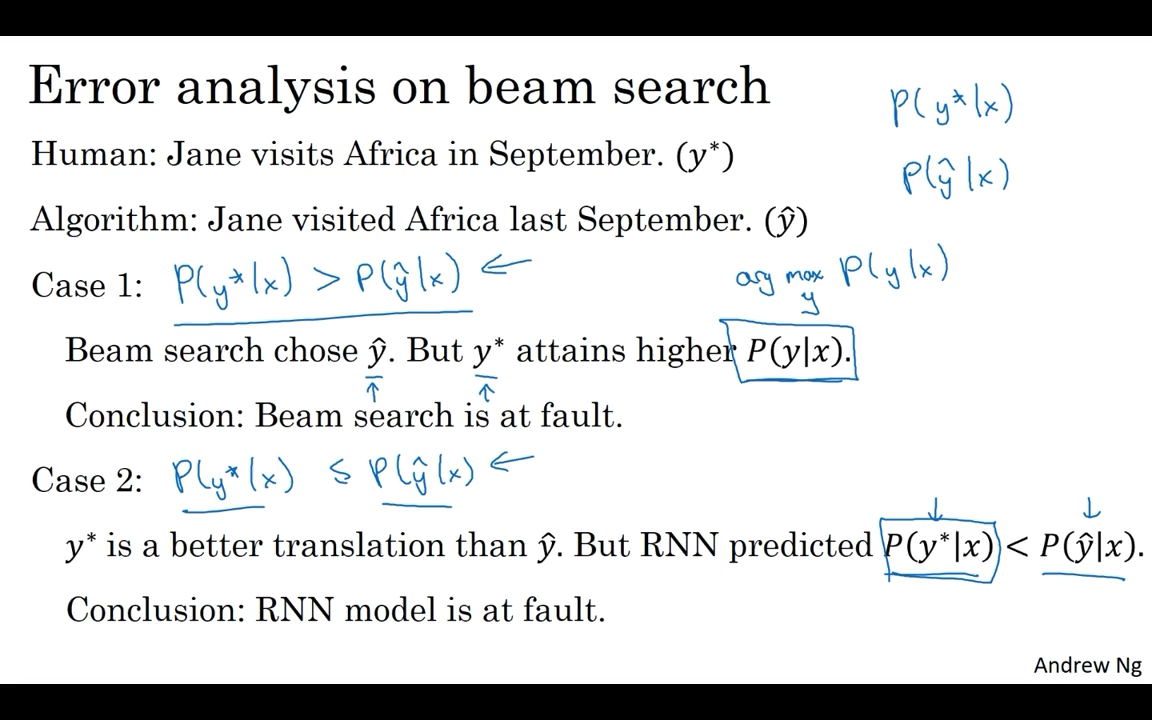 How to evaluate a machine translation system

The way this is done conventionally is through something called the BLEU score.

What the BLEU score does is given a machine generated translation, it allows you to automatically compute a score that measures how good is that machine translation. BLEU, by the way, stands for bilingual evaluation understudy. Tthe intuition behind the BLEU score is we’re going to look at the machine generated output and see if the types of words it generates appear in at least one of the human generated references. 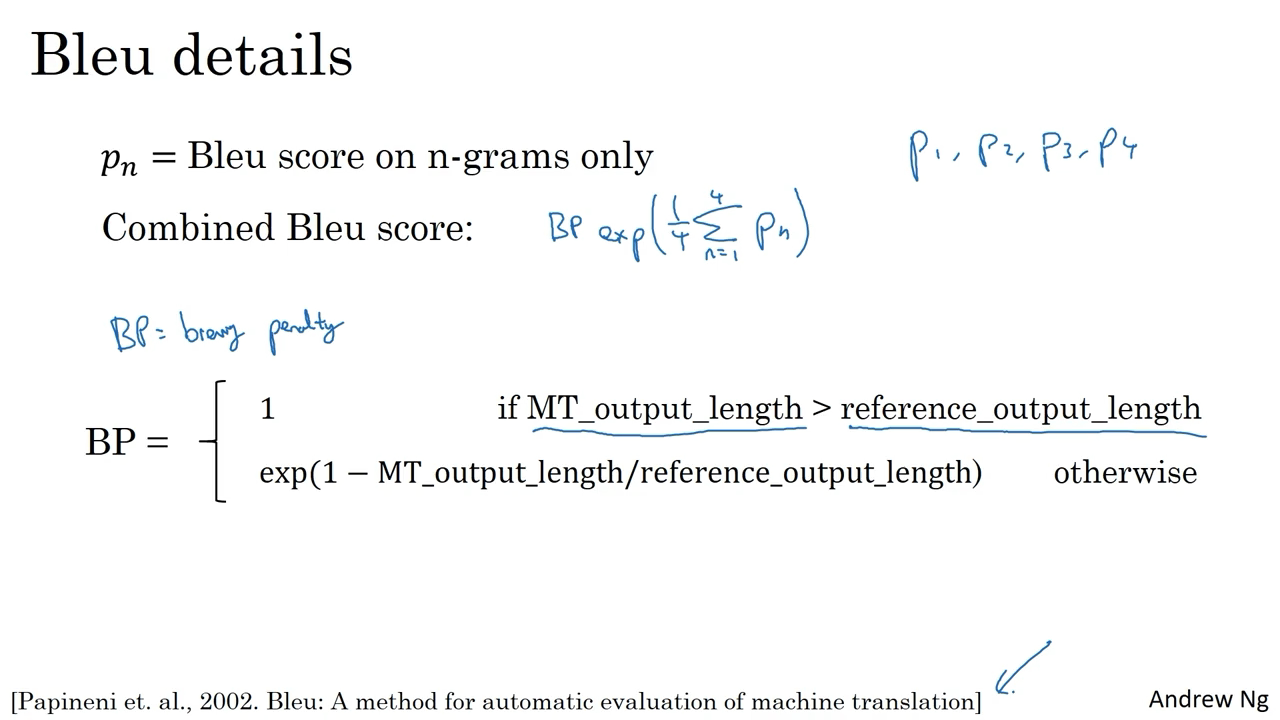 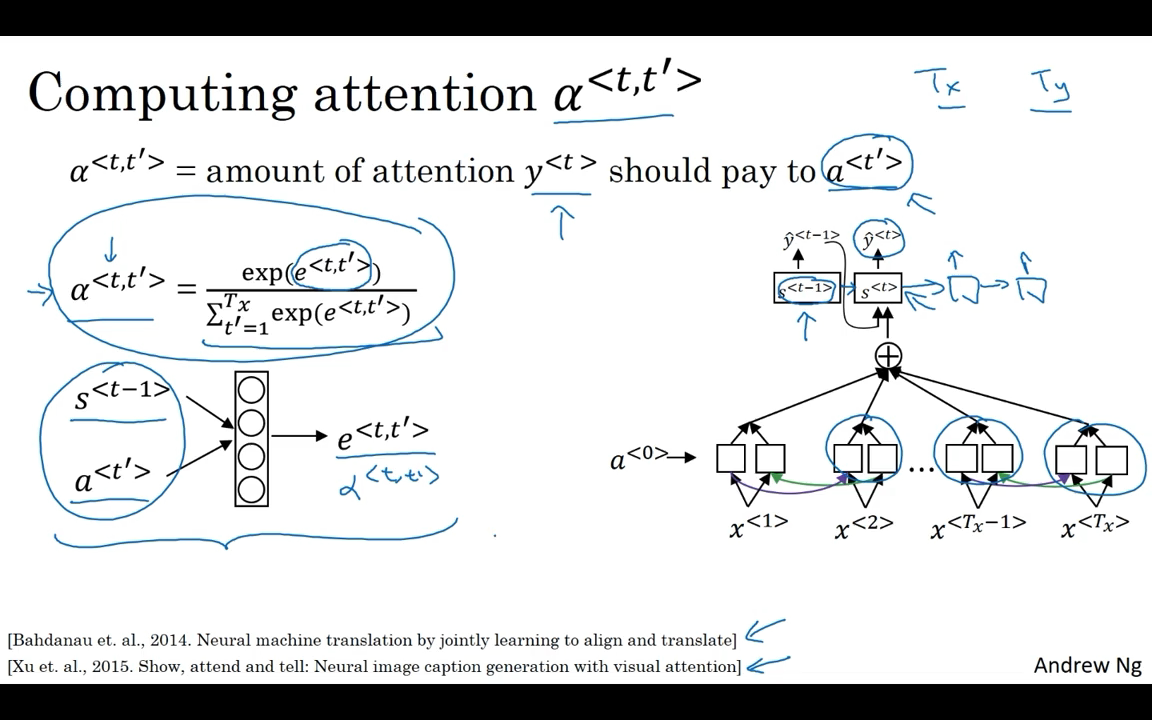 This algorithm runs in quadratic cost, Although in machine translation applications where neither input nor output sentences is usually that long maybe quadratic cost is actually acceptable.

One of the most exciting developments were sequence-to-sequence models has been the rise of very accurate speech recognition. A common pre-processing step for audio data is to run your raw audio clip and generate a spectrogram. So, this is the plots where the horizontal axis is time, and the vertical axis is frequencies, and intensity of different colors shows the amount of energy. Once upon a time, speech recognition systems used to be built using phonemes and this where, hand-engineered basic units of cells. But with end-to-end deep learning, we’re finding that phonemes representations are no longer necessary. 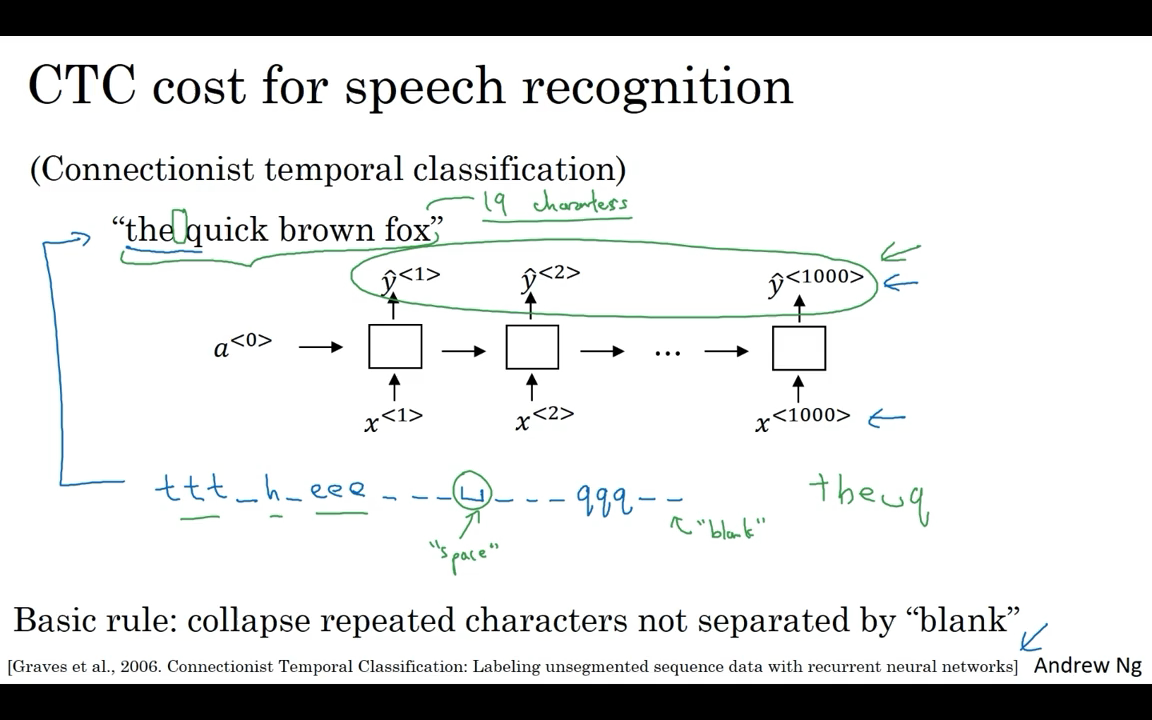 When the rise of speech recognition have been more and more devices you can wake up with your voice and those are sometimes called trigger word detection systems. 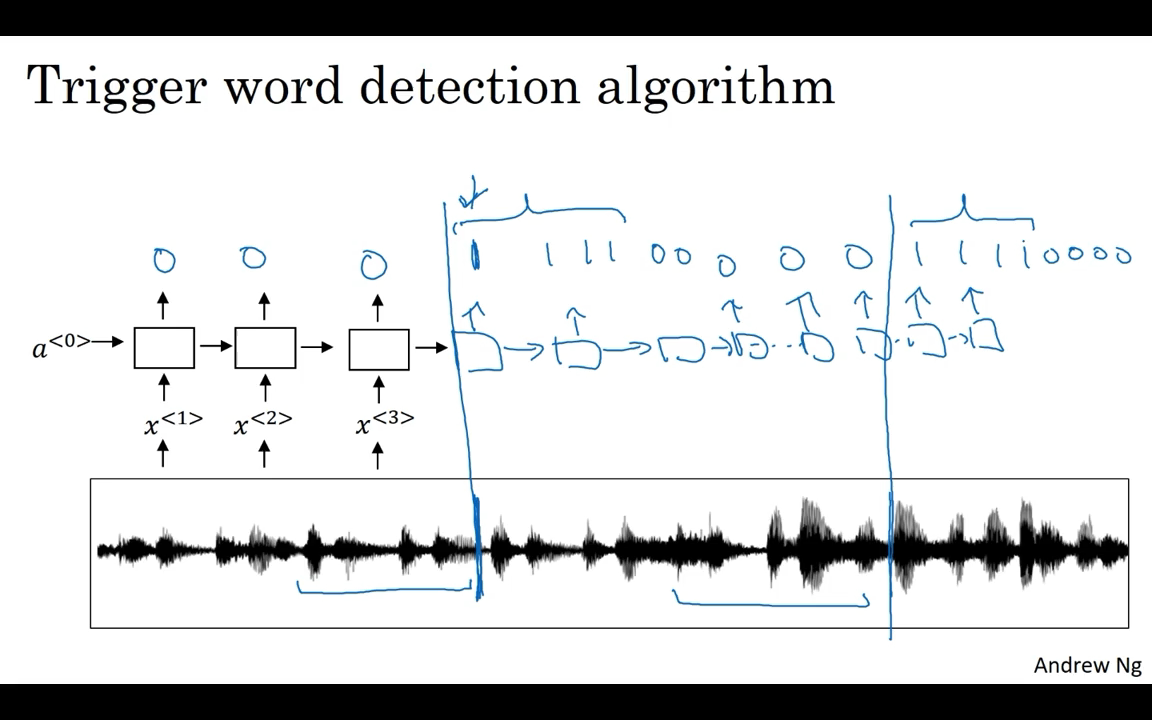 One slight disadvantage of this is it creates a very imbalanced training set.So a lot more zeros than ones.

Instead of setting only a single time step to output one, you can actually make an output a few ones for several times or for a fixed period of time before reverting back to zero. So and that, slightly evens out the ratio of ones to zeros. But this is a little bit of a hack.