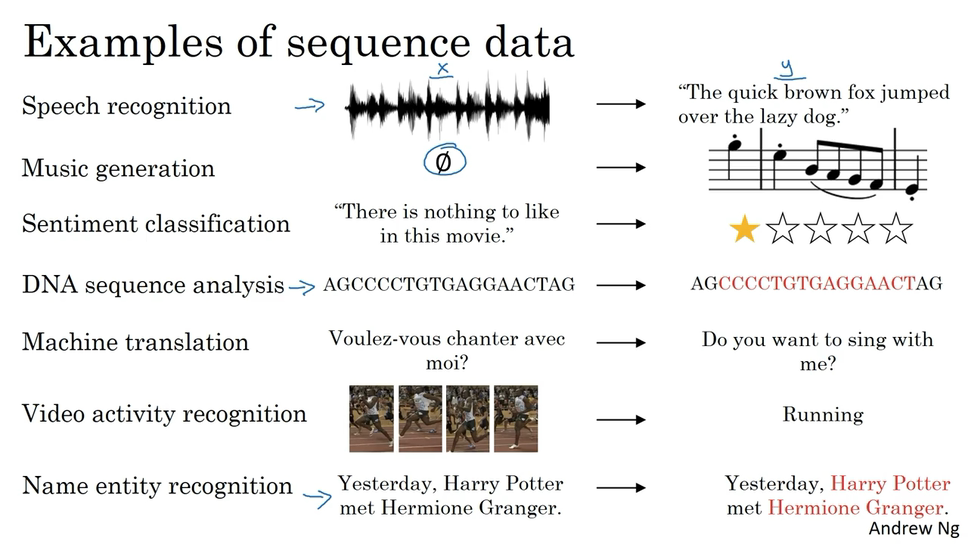 Why not a standard network? Problems:

And what a recurrent neural network does is when it then goes on to read the second word in a sentence, say X2, instead of just predicting Y2 using only X2, it also gets to input some information from what had computed that time-step one’s. At each time-step,  the recurrent neural network passes on this activation to the next time-step for it to use. Now one limitation of this particular neural network structure is that the prediction at a certain time uses inputs or uses information from the inputs earlier in the sequence but not information later in the sequence. We will address this in a later video where we talk about a bidirectional recurrent neural networks or BRNNs. The activation function used in to compute the activations will often be a tanh and the choice of an RNN and sometimes, Relu are also used although the tanh is actually a pretty common choice. Simplified RNN notation : [latex]\begin{matrix} a^{ 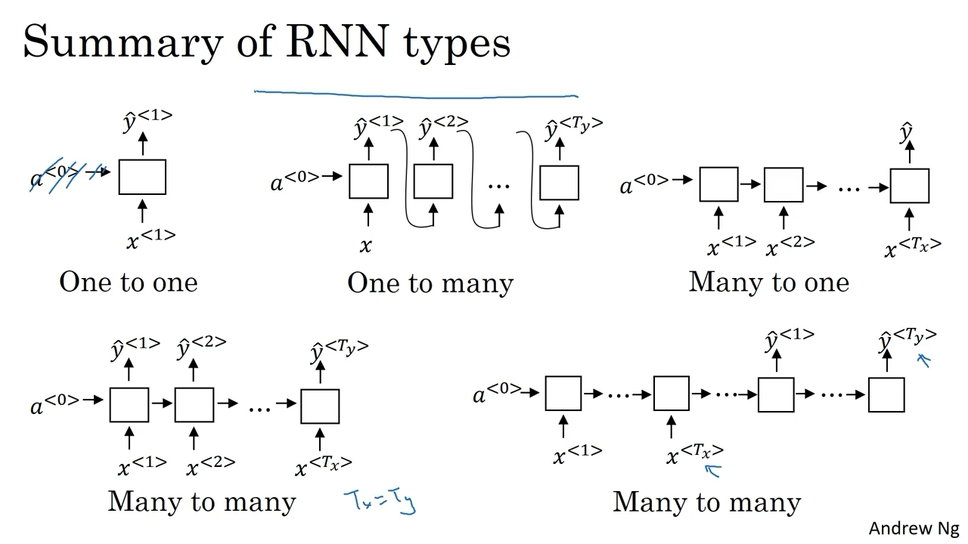 After you train a sequence model, one of the ways you can informally get a sense of what is learned is to have a sample novel sequences.

Then you will generate a randomly chosen sentence from your RNN language model.

It turns out the basics RNN we’ve seen so far it’s not very good at capturing very long-term dependencies.

The Gated Recurrent Unit which is a modification to the RNN hidden layer that makes it much better capturing long range connections and helps a lot with the vanishing gradient problems. 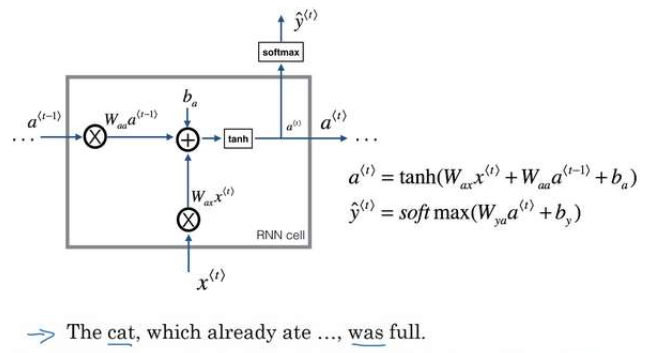 The GRU unit is going to have a new variable called c which stands for cell, for memory cell. And what the memory cell do is it will provide a bit of memory to remember. [latex]\tilde{c} ^{

the long short term memory units, and this is even more powerful than the GRU. 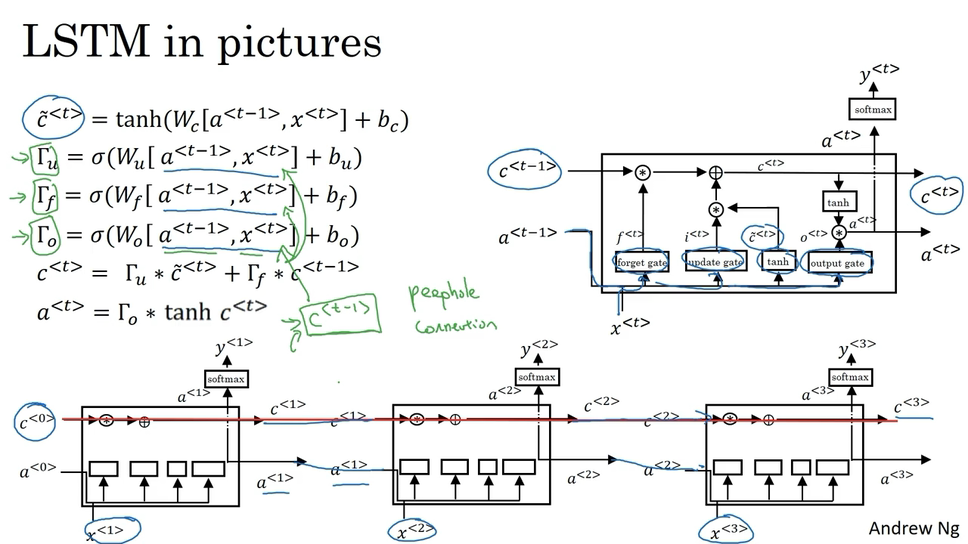 Perhaps, the most common one is that instead of just having the gate values be dependent only on a^{

LSTM has been the historically more proven choice.

Bidirectional RNNs, which lets you at a point in time to take information from both earlier and later in the sequence. In fact, for a lots of NLP problems, for a lot of text with natural language processing problems, a bidirectional RNN with a LSTM appears to be commonly used. The disadvantage of the bidirectional RNN is that you do need the entire sequence of data before you can make predictions anywhere.

The different versions of RNNs you’ve seen so far will already work quite well by themselves. But for learning very complex functions sometimes it’s useful to stack multiple layers of RNNs together to build even deeper versions of these models. For RNNs, having three layers is already quite a lot. Because of the temporal dimension, these networks can already get quite big even if you have just a small handful of layers. And you don’t usually see these stacked up to be like 100 layers. One thing you do see sometimes is that you have recurrent layers that are stacked on top of each other. But then you might take the output here, let’s get rid of this, and then just have a bunch of deep layers that are not connected horizontally but have a deep network here that then finally predicts y<1>.